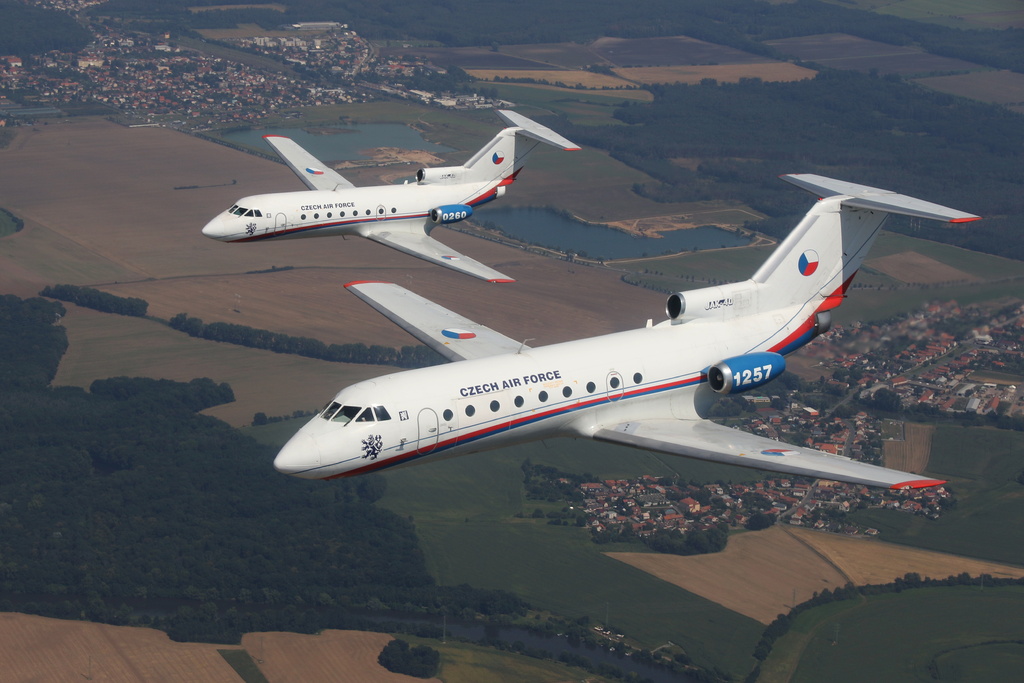 At the beginning of September, we said goodbye to the oldest aircraft of our government squadron at the military airport in Prague-Kbely – two small Yak-40 transport aeroplanes manufactured more than 40 years ago in the former Soviet Union. Similar opportunities are always full of memories and emotions, and usually, there is talk of the end of one and the beginning of a new era. The same was right now in Kbely. Indeed, our aviation museums are now fighting hard for discarded aircraft, because this technique is always of significant public interest. However, as a soldier who has spent over four decades in the army, I am much more interested in what the new era will be, what technology we will use, what aircraft we will fly with. It is not entirely clear from the Czech military Concept for the Development of Transport and Helicopter Aviation with a View to 2025 (adopted seven years ago), which aircraft should be chosen as replacements. Whatever the final choice of new aircraft, we only could wish that our followers can say in forty years that the decision taken in 2020 was the right.

During the ceremony in Kbely, I gave the following speech:

As president of Glomex Military Supplies, which has been providing service to government squadron aircraft for almost four years, including the two yaks we are saying goodbye to today, I would like to add a few words.

Our company, I believe, has repeatedly proven that it considers cooperation with the 24th Air Force Base of the Air Force of the Czech Republic to be a top priority. Both for providing service to Airbus aircraft using Lufthansa Technik, so for servicing Yak-40 aircraft through the Minsk repair plant. In my opinion, both of these agreements represent a showcase for our capabilities, and I believe that we still have long and fruitful cooperation ahead of us.

But now back to the Yaks, for whom we met here in Kbely today.

We are all aware that operating and, above all, servicing aircraft that are sixty years old in construction, was built in the 1970s and have not been produced for almost forty years, is one big adventure. So I would like to take this opportunity to thank everyone who took part in our collective experience – especially all the mechanics, but also all the other members of the ground and flight crew. You did a great job!

Our company, Glomex Military Supplies, has been providing service for yaks based on a contract with the Ministry of Defense of the Czech Republic since the beginning of 2017. Our first main task was to extend their operability by three years. In total, we have performed more than eighty individual orders and services on yaks in less than four years. Among other things, we performed over twenty overhauls of various units, of which the most important was probably the overhaul of one of the engines, which we provided at the Ukrainian manufacturer Motor Sich in Zaporizhia. Besides, we, of course, provided the operator with everything necessary for the safe operation of both aircraft.

However, aviation technology has undergone enormous development in recent years. Today’s aircraft, with their half-century-old predecessors, resemble only in shape, inside they are entirely different. In addition to the much higher comfort, they offer passengers today, and they are equipped with entirely new navigation devices and economical engines, which contributes to increasing safety and operating economy. Let’s hope that the old ones will be replaced as soon as possible by just such modern aircraft. It would be a great honour for us to provide a comprehensive service for them.

Thank you for your attention!